What is horsepower?
· What horsepower is not is how much power your engine makes at high rpm… engines make horsepower everywhere within their operating range. Horsepower numbers are typically quoted at high rpms because the horsepower number is bigger than the torque number above 5,250 rpm and everyone wants to talk about the biggest number they can.
· Horsepower is the work your engine performs… it is how quickly your engine can produce power. Think of it as how quickly you can turn a torque wrench at a given setting a dozen times rather than what the setting on the wrench for a single pull is.
· Because of the dense calibration sets in the Unichip your engine will make the most horsepower it’s capable of at every rpm.

What is torque?
· What torque is not is how much power your engine makes at low rpm… engines make torque everywhere within their operating range. Torque numbers are typically normally talked about lower in the rpm range because the torque value is always bigger than the bhp number below 5,250 rpm and everyone want to talk about the biggest number they can.
· Torque is the power your engine produces… it is literally the force your engine’s flywheel is experiencing and which is being transmitted through the vehicle’s driveline to the tires. Think of it as how hard you can twist a torque wrench on one pull.
· Because of the dense calibration sets in the Unichip your engine will make the most torque it’s capable of at every rpm.

What is adaptation?
· Adaptation is the process by which the OEM ECU adjusts for wear and tear to keep the engine operating at a stoichiometic mixture without having to be retuned. Different parts wear at different rates after the engine leaves the factory but adaptation allows the engineers to ensure your vehicle operates well – and legally – for 50,000 miles or more unless something actually breaks.
· As an example, consider your fuel injectors which are electrically opened, spring loaded closed valves metering fuel into your combustion chamber or intake manifold. After 10,000 miles, as an round number, the spring in each injector has been compressed and released about 10,000,000 times and is not as strong as it was the day the engine was built. Because the spring is softer, the injector opens faster when the injection pulse starts and closed slower when the pulse stops which means the value is open longer. That means your engine begins running richer unless the ECU changes the injection pulse or you replace the injectors. In Closed Loop, the ECU sees the AFR getting richer and makes a corresponding change to the injector pulse to return the combustion chamber to stoichiometic.

What are stacking tolerances?
· Stacking tolerances are an engineering/production concept for the reality that every complex assembly (in this specific instance, a vehicle) is a unique “stack” because all of the parts in the assembly has its own “tolerance.” ECU’s use adaptation to normalize the stacking tolerance so that after a few driving cycles each vehicle conforms to the desired standard.

What is an ECU?
The Engine Control Unit is the computer controlling your engine. It takes inputs from various sensors to determine actual engine conditions and inputs from the driver for commanded engine state and send signals to the engine to make the two match. Depending upon OEM and what the computer is actually controlling, it may alternatively be known as an Engine Control Module (ECM) or a Powertrain Control Module (PCM) but each performs the same function when controlling the engine.

What is an ECU map?
A map is a table or an equation that takes inputs from reference engine feedback signals (engine speed and load) to produce the correct control input signal to the engine for a specific parameter such as ignition spark timing, injector duty cycle, waste gate duty cycle, etc. (post a sample map in 3-D and highlight speed and load axis labels)

What is a CAI?
CAI is an abbreviation for Cold Air Intake which is an aftermarket upgrade available for may vehicles. CAI’s are intended to offer increased, cooler airflow to the engine. UNA builds calibrations specifically for may popular CAI’s on our application list.

What is a Cat/B exhaust system?
Cat/B is an abbreviation for Cat-Back exhaust system which is an aftermarket upgrade available for many vehicles. A Cat/B system replaces the OEM exhaust from the flanges after the catalytic convertor to the tail pipe (hence the name) and is intended to provide a richer, fuller sound as well as improved airflow.

What is a driving cycle?
A driving cycle is a series of events the vehicle must complete for the On Board Diagnostic computers (OBD) to process and accept adaptation data. Specific requirements vary by OEM, but typically the vehicle must cold start, accelerate to a minimum speed, cruise for a minimum time at a minimum speed, decelerate, and shut down as a minimum. After a completed, valid driving cycle, the ECU applies a percentage of corrections it calculated for the observed variances in an effort to return the engine to stoichiometic. Again, the specific percentages applied after each driving cycle varies by OEM

What is a fuel trim?
A fuel trim is one of the ECU’s primary adaptation methods and is a change of the basic fueling table value expressed in percentage. There are “short term” and “long term” fuel trims for each exhaust pipe on the vehicle… typically a 4-cylinder engine has one “bank” while 6-cylinder and 8-cylinder engines have two “banks.” The fuel trims represent how far away from nominal the engine is and, therefore, how much further the engine can deviate without creating a CEL. Typically, fuel trims above +20% will create a CEL and must be corrected before the vehicle will pass an emissions test.

What is a CEL?
A Check Engine Light (CEL) is a “master caution” light indicating a problem or problems with your vehicle and can indicate any of literally thousands of potential malfunctions.

What is load?
· Load is how hard the engine is working expressed in percentage and generally measured by the airflow entering the engine. For example, an engine designed to flow a maximum of 100 grams/second of air is working at 25% load if it’s currently flowing 25 grams/second. Load is unrelated to rpm as the engine can be at any load and any rpm independently (chart showing two load and speed examples). Load is also not related to throttle position although you can view throttle position as the commanded load.

What are closed loop and open loop?
Closed Loop and Open Loop are two different control methods used by modern ECU’s. In open loop, the ECU monitors engine speed and load to determine the proper ignition and fuel commands and sends them to the engine.
· In Closed Loop control, the ECU monitors the exhaust oxygen sensors for feedback about combustion chamber conditions and makes adjustments to its command signals to achieve the desired results. Most vehicles are in Closed Loop at less than ~ 75% load regardless of engine speed.
· In Open Loop control, the ECU simply sends commands to the engine based upon engine speed and load and is oblivious to what’s actually happening because it’s ignoring the oxygen sensors. Most vehicles are in Open Loop whenever load exceeds ~75% regardless of engine speed.

What is an ECU “footprint”
· Like any computer, your ECU has a memory and tracks everything that is loaded into it as well as everything that happens while the computer is running. Whenever your ECU is reflashed, your ECU records that it has been reflashed and what it was reflashed with… like when it gets flashed during routine maintenance. Your ECU also records anytime an aftermarket reflash takes place and will happily report to the dealer that it has been reflashed 32 times, or whatever, even though you have reflashed it back to stock before you take it in for service. There’s an electronic footprint left behind regardless of the precautions you take. If the number of reflashes reported by your ECU deferrers from what the dealer’s data bases reflects, they may start asking questions.
· Because the Unichip doesn’t change anything OEM ECU data or write to the OEM ECU at all, there’s never any electronic indication it was ever installed. 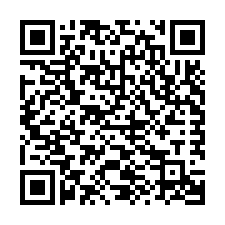